An Initiative of the COMSNETS Association 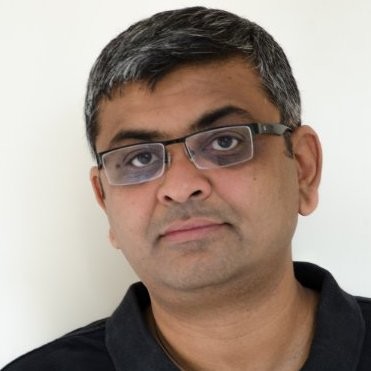 Abstract:
In this talk I will begin by presenting a perspective of problems affecting lives and livelihoods across the developing world, particularly in India, that are potentially addressable through recent advances in AI. I will then provide a broad and high-level overview of how we at Wadhwani AI are tackling some of these problems in healthcare and agriculture, the challenges we face in doing so, the potential impact of the work, and the path to adoption and scaling of such solutions in the developing-world context. The talk will be successful if it conveys the enthusiasm we have for the positive potential of AI to transform the lives of the underserved. 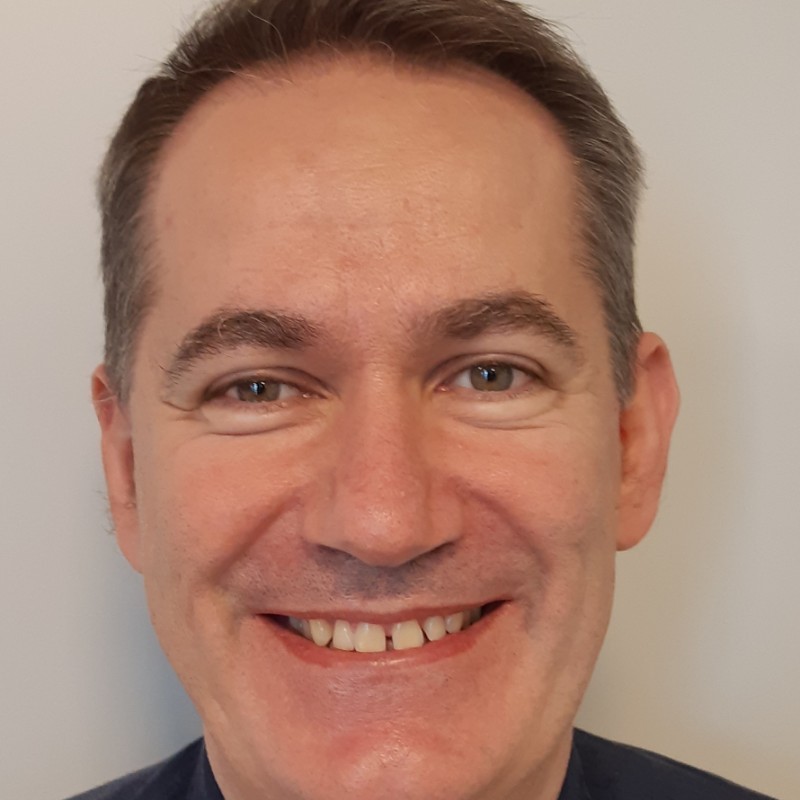 Abstract:
Imagine one needs to detect anomalies in an electro cardio diagram in a robust manner considering working conditions variabilities in term of carry position and person under monitoring. Consider using heterogeneous sensors to monitor a water distribution system to check its reliability. Suppose the need to detect oil leaks using a remote imaging system placed inside a 195 meters toll wind turbine in the Walney Extension located in the Irish Sea. And consider the critical need to monitor adversarial environments influenced by sudden climatic changes that can put at risk human lives. Finally consider applying adaptivity to field motor control. At a first sight these cases seem not having anything in common, however at a deeper look they share same needs and requirements to be addressed since examples of cyber-physical systems. They shall manage variable data distributions, learn from them since they can be hardly modelized in laboratory, deploy distributed artificial intelligence closer to the physical world either for sensing and for actuation, automatizing anomaly detections and more importantly generate automatically high-level notifications through the cyber world with intermediate processing inside the object world. And then IoT practitioners start to understand how important for the tiny machine learning community is to develop intelligent technologies based on the capability to learn from constantly changing environments and on the field by using tiny, embedded devices to compose systems that can be personalized, easily and massively deployable throughout the world. Today anyone is used to own sensors. Any IoT or mobile device anyone own has got sensors (and may be actuators) inside systems which we buy. However, this approach already limits the market opportunities, innovation, and conception of new applications for the humanity to benefit. Indeed, in an interview dated on Sept 14, 2015, world renown University of California at Berkeley professor Alberto Sangiovanni-Vincentelli affirmed “In the near future, we are going to have a sensory swarm, a great deal, a great variety of all kinds of heterogeneous sensors that are going to interface the cyber world, the computing world, with the physical world”. And he added “Sensors will be immersed in the environment". All above and Alberto’s vision urges the research community to address the goal the TinyML working group set for On Device Learning (ODL) which is defined as follows -> … to make edge devices “smarter” and more efficient by observing changes in the data collected and self-adjusting / reconfiguring the device’s operating model. Optionally the “knowledge” gained by the device is shared with other deployed devices. In this talk, the technology vision above mentioned will be elaborated from a system and requirements point of view, some of its machine learning and statistical components will be discussed with specific reference to the algorithms and their implementation on micro controllers. A list of approaches will be introduced as horizontal technologies that can be specialized for each of the above use cases. An example of an industry tool that help to modelize these algorithms will be provided. Further readings will be provided to deepen the topic. 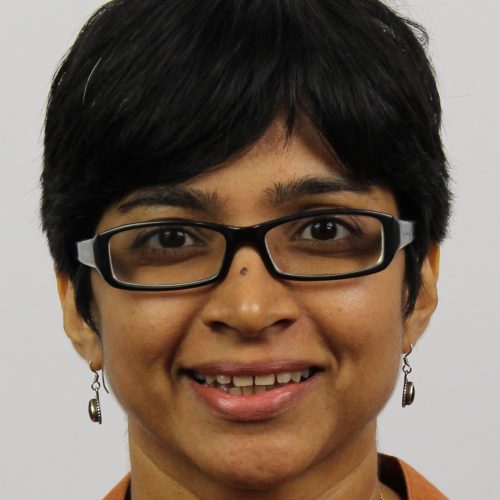 Abstract:
Today, Large Cloud providers such as AWS, Microsoft, and Google run some of the largest Cloud applications, such as Amazon, Exchange Online and Google Search. Such large “first-party” applications, where both the application and the infrastructure are owned and operated by the same entity, use significant resources on the Cloud. These applications also generate large amounts of telemetry on usage statistics, system behavior, errors, etc.. This setting provides the unique advantage of simultaneous observability into and control over both the application and the infrastructure. In this talk, I will use two examples to demonstrate how we leverage the “first-party” setting by using application-level data to solve system-level problems. First, I will describe a cross-layer optimization framework for efficient WAN capacity provisioning that uniquely combines application-level signals (e.g. deadlines) with network-level information (e.g. failure history). Next, I will describe how we use application-level, semantically-meaningful query-based signals to organize and enable effective navigation of petabyte-scale data lakes.


Bio:
Ranjita Bhagwan is Senior Principal Researcher at Microsoft Research India. She has worked for more than a decade on applying machine learning to improve system reliability, security and performance. Recently, her work has focused on using data-driven approaches to improve cloud services and has led to several publications (including a best paper award at USENIX OSDI 2018), as well as several tools that are widely used by Microsoft’s services. She is an ACM Distinguished Member and is the recipient of the 2020 ACM India Outstanding Contributions to Computing by a Woman Award. Ranjita received her PhD and MS in Computer Engineering from University of California, San Diego and a BTech in Computer Science and Engineering from the Indian Institute of Technology, Kharagpur.

Abstract:
An overview of the Autonomous navigation research and development activities at IITH will be introduced. Systems that look for and react to different vulnerable road users (VRUs), are very useful in enabling the safety of autonomous vehicle. Specific use cases like Autonomous Emergency Braking (AEB) for different real time scenarios using multiple sensors like LiDAR and camera will be discussed during the talk.


Bio:
Dr. P Rajalakshmi, is Professor in the Department of Electrical Engineering, CYIENT Chair Professor in Future Communications, Project Director of Technology Innovation Hub on Autonomous Navigations (TiHAN) and Dean of Students, at IIT Hyderabad. Her research areas- Autonomous Navigations, Drone based sensing, wireless communications, Internet of Things, Cyber Physical Systems targeting applications like autonomous transportations – aerial and terrestrial, agriculture, healthcare, environmental monitoring and smart buildings. She has been handling R&D projects funded by industry and Government of India in these areas. Along with fundamental research in IoT/CPS domain, she also emphasizes on translational research. Out of her research activities, she has filed 15 patents, published over 38 Journals and 100 conference peer-reviewed papers. She was awarded Young Faculty Research Fellowship under Visvesvaraya Programme. She is also Member of CII Telangana Digital Transformation and IT Panel since August 2018. 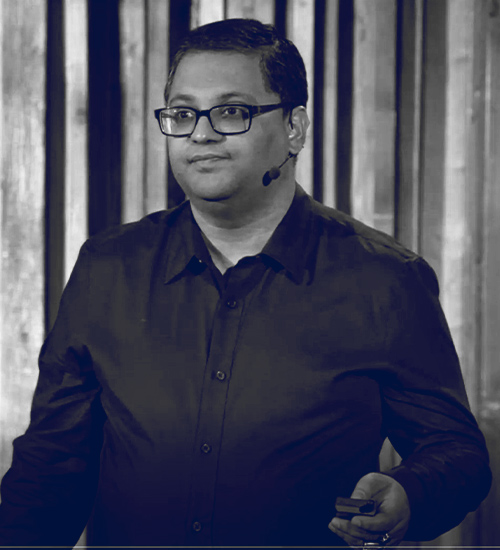 Abstract:
Climate change and global warming are today recognized as problems that threaten the very existence of humanity on earth. In the recent years, human civilization has been threatened by natural disasters – hurricanes, tornadoes, rise in sea level, droughts, floods, desertification of land, erosion of coastal areas, wildfires, etc. Human activity has resulted in water and air pollution that is adversely affecting population health. Encroachment of humans in animal habitat have threatened biodiversity and ecological balance and have increased the possibility of transmission of diseases from wildlife to humans leading to possible pandemics/epidemics. Environmental disasters have diminished agricultural productivity and led to proliferation of pests, lack of grazing land resulting in reduced animal husbandry, causing increased poverty and reduced food security. In this talk, we discuss how AI can help in tackling the environmental challenges mentioned above through information gathering, processing and analyzing, decision making, observing consequences, and feeding back for forecasting. We discuss our recent work in using AI/ML for carbon mapping, climate smart agriculture, wildfire prediction and detection, preserving biodiversity, and energy efficiency in built environment.